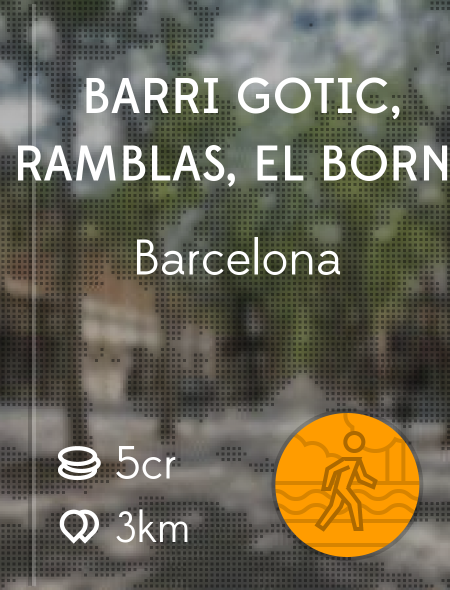 A 3 km walking audio tour guide in English in Barcelona featuring 14 highlights.
This guide is 5 credits.

As we stroll down this celebrated street, your guide to the Ramblas tell you its history - from the story behind its name to the role it played during the Spanish Civil War. We'll show you how to ensure that you come back to Barcelona and take you through the most beautiful food Market in the world.

During this three or four hour tour of Barcelona, we’ll tell you why the Placa Real was built and lead through the city’s most ancient neighbourhood, known as 'The Call'. After visiting the charming Placa Sant Josep Oriol and Santa Maria del Pi, one of the most beautiful churches in the city and we'll explain why Barcelona's patron saint Saint Eulalia really should have kept her mouth shut.

As your audio guide to Barcelona leads you to the cathedral we'll tell you why an egg shell is balanced on a fountain in the tranquil cathedral cloisters at certain times of the year. As we wander around the elegant Placa St Jaume, we'll talk about the dramatic events that took place there following the dark days of General Franco's dictatorship.

In La Ribeira we'll point out to you the Picasso Museum so that you can book a ticket for later and avoid the queues. We’ll show you the church of Santa Maria del Mar in El Born, a district which is now one of the hippest parts of Barcelona. 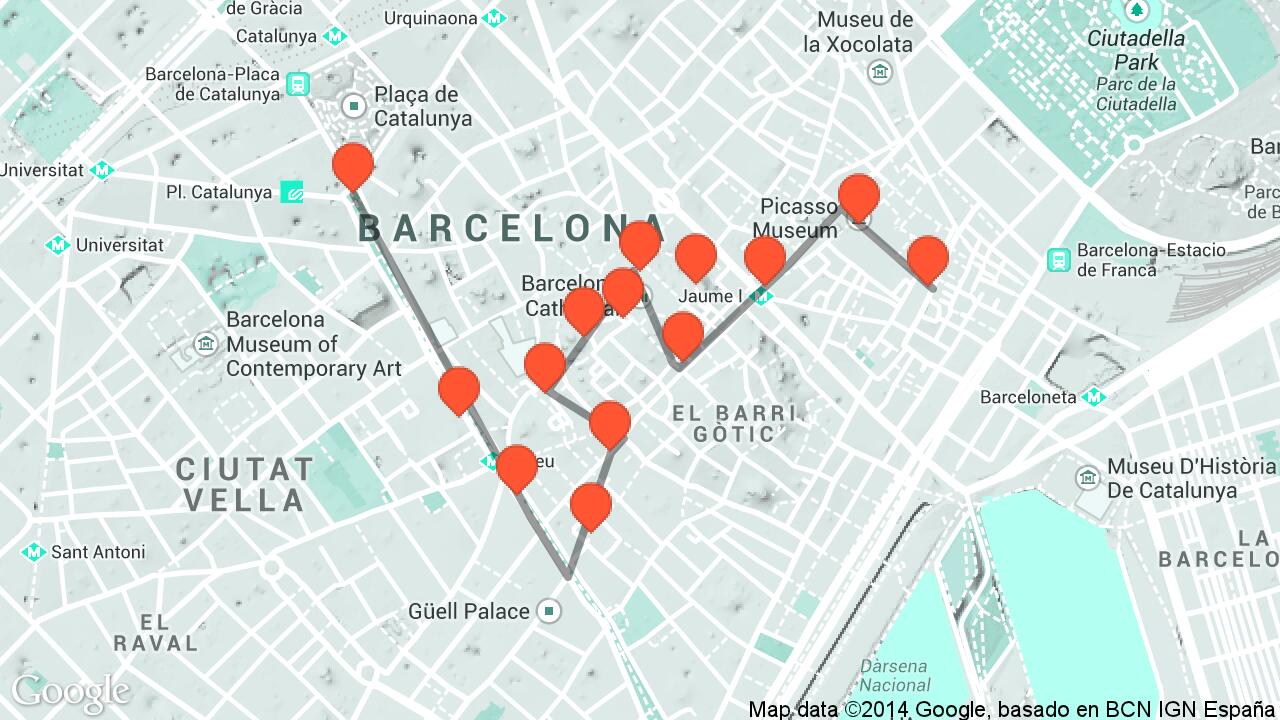