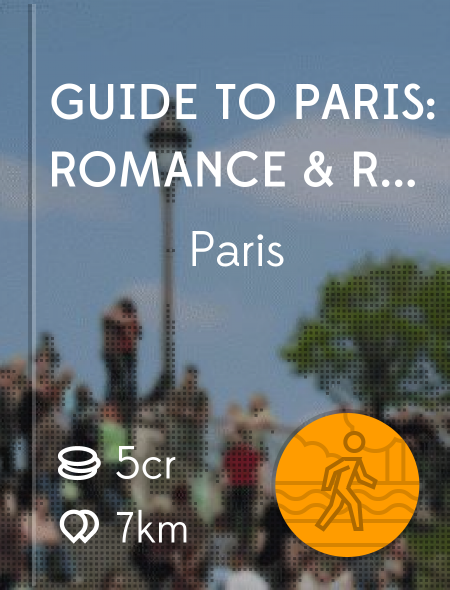 A 7 km walking audio tour guide in English in Paris featuring 13 highlights.
This guide is 5 credits.

It's one of the most beautiful cities in the world and one of the best known, but as you walk through the elegant squares and broad boulevards, we’ll show you what other tourists will miss.

An unlikely combination of romance and revolution makes for a memorable guide to Paris which takes about four or five hours, depending on how many breaks you take. We start at the Place de la Concorde, but our guide to Paris Romance and Revolution brings you something new by revealing its names over the centuries as Paris was rocked by revolution and explaining what you’re looking at as you look at it. Later, the secrets of the Garnier Opera house are revealed and this Paris walking tour goes on to show how one speech in the Gardens of the Palais-Royal, although peaceful and rarely crowded today, sparked the French Revolution of 1789.

After strolling through the romantic, historic Marais district and exploring one of the most elegant, tranquil squares in Paris, you’ll arrive with this Paris guide at the Place de la Bastille where you’ll hear why its liberation was actually something of an anti-climax. Finally you’ll arrive in the charming but overlooked Ile Saint Louis with its quiet streets and excellent cafes and restaurants. 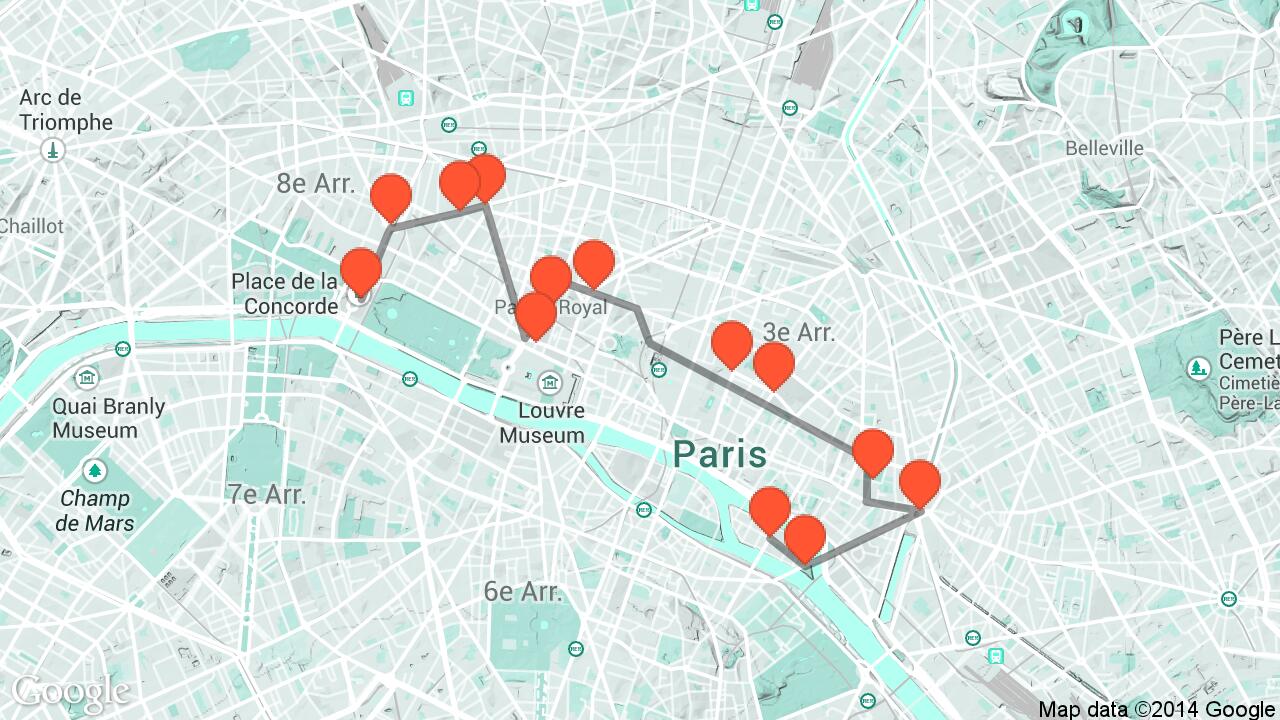 Get the Guide to Paris: Romance & Revolution audio GUIDE now!