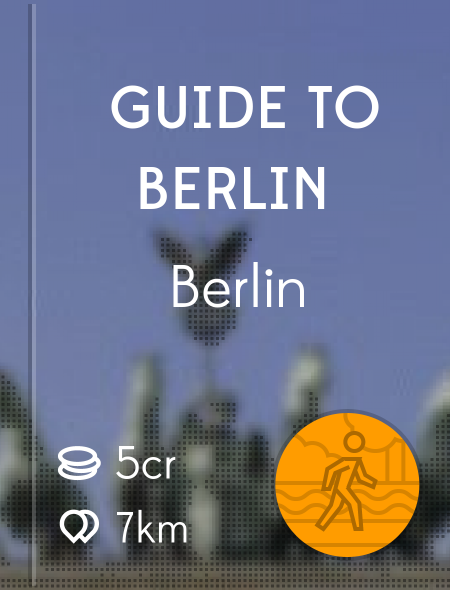 A 7 km walking audio tour guide in English in Berlin featuring 10 highlights.
This guide is 5 credits.

Dynamic, cosmopolitan and just a little bit decadent, Berlin is one of the fastest changing cities in Europe. Our guide to Berlin will talk you through its remarkable and often troubled history and show you the vibrant, creative Berlin of today.

Our guide to Berlin starts at the magnificent Reichstag where we talk about its war torn history - and its exciting modern incarnation.

Over the next four or five hours, depending on how many breaks you take, we then direct you round to the Brandenburg Gate where we explain not only what you’re looking at but we also put this historic symbol of Germany into context. Afterwards, we pay a visit to the new Holocaust Memorial, and our Berlin guide explains the thinking behind it - and reveals why it's proved to be so controversial.

We then wander down Unter den Linden, hear about what the name means and take a short detour down to Checkpoint Charlie. Afterwards your Berlin guide takes in the impressive architecture of Bebel Platz but also talks about the most shameful episode in the square’s history – and the points out the simple but moving memorial to that awful event which so many visitors miss.

After the glorious Berlin cathedral, the Berliner Dom we finally we arrive at the TV Tower and we’ll tell you why it was such an embarrassment to the Communist regime which built it.

We’ll also tell you about the coolest bars, restaurants and shops in Berlin and show you how the past, present and future converge and sometimes clash in the Berlin of the 21st century. 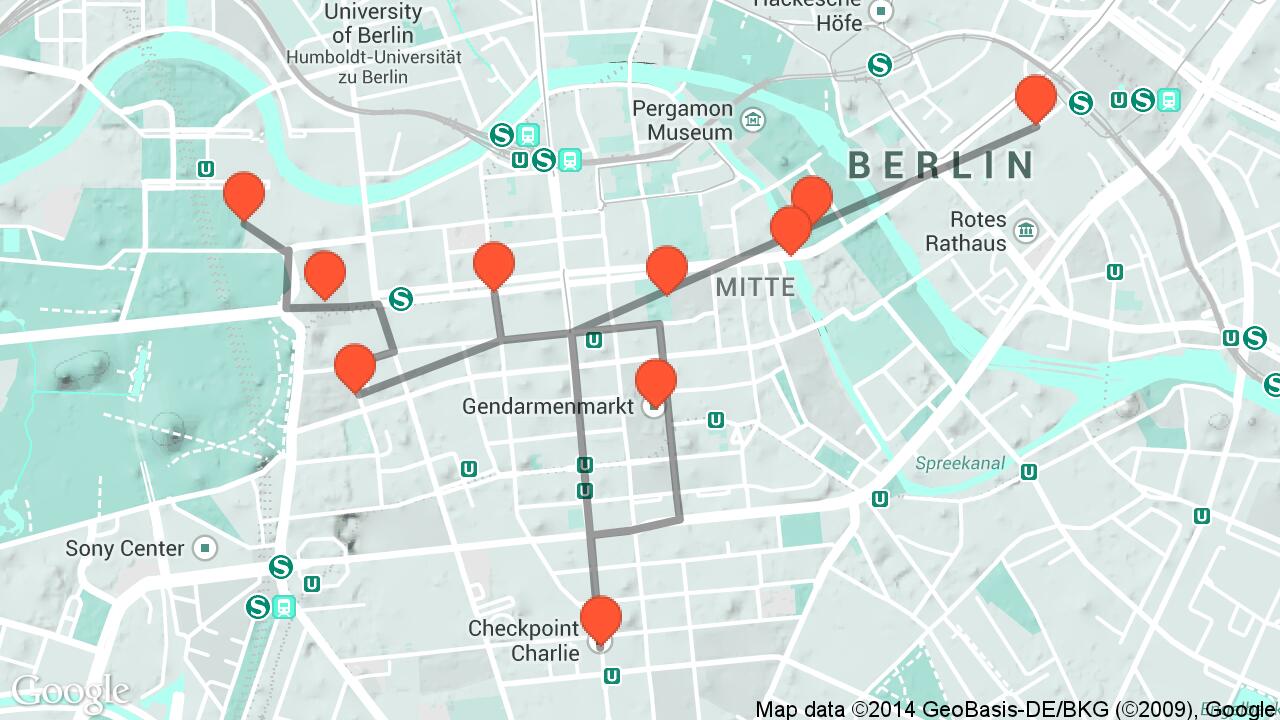 Get the Guide to Berlin audio GUIDE now!