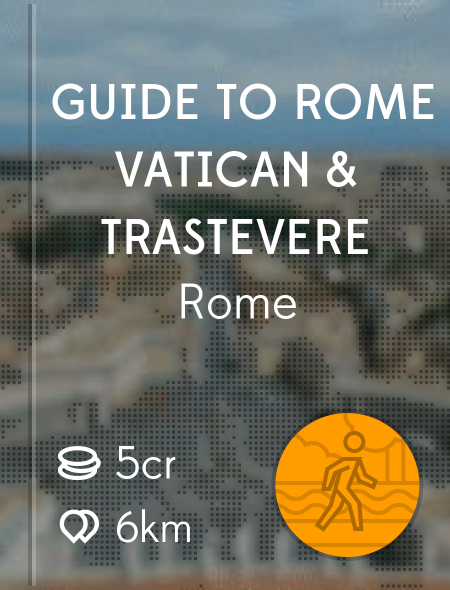 A 6 km walking audio tour guide in English in Rome featuring 12 highlights.
This guide is 5 credits.

The Eternal City is on every tourist's list of must-see destinations. As the seat of Papal power and the capital of one of the world's greatest empires, no other city has played such an important role in history, influencing countries and rulers throughout Europe - and even beyond - as Rome.

In Rome history is all around you. Other European cities have buildings and monuments that date back centuries, here they go back millennia.

Starting with the grandeur of the Vatican, this guide to Rome which will take about four to five hours, depending on how many breaks you take, will lead you past the Castel Sant' Angelo and down the pretty but often overlooked Via Giulia.

We'll explain the macabre history of Santa Maria dell'Orazione e Morte and then lead you into the elegant Palazzo Farnese as we tell you about the great Farnese family - and some of the other families that have shaped Rome over the centuries.

Then, after the Teatro Marcello your guide to Rome and the Vatican will bring you bang up to date, as we show you some of the funkiest clothes shops in Rome before we head off to the haunting Ghetto. Rome might be long associated with the Catholic church but the city's Jewish population also has a turbulent and moving history.

We'll stop on one of the islands in the Tiber before, finally, we take you across over to Trastevere. We'll tell you what to look out for in the churches of Santa Cecilia and San Francesco d'Assisi before finising up at one of Trastevere's most beautiful squares which is famous for the church of Santa Maria in Trastevere - and for its ice cream. 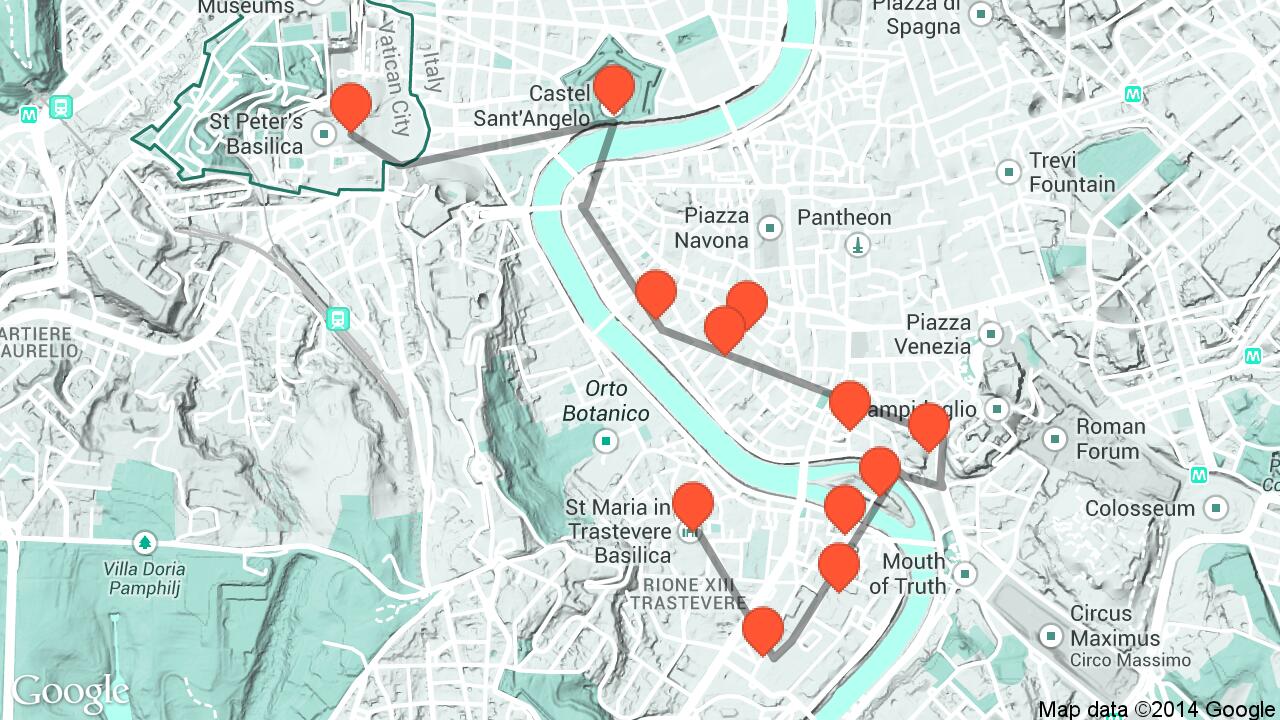 Get the Guide to Rome Vatican & Trastevere audio GUIDE now!