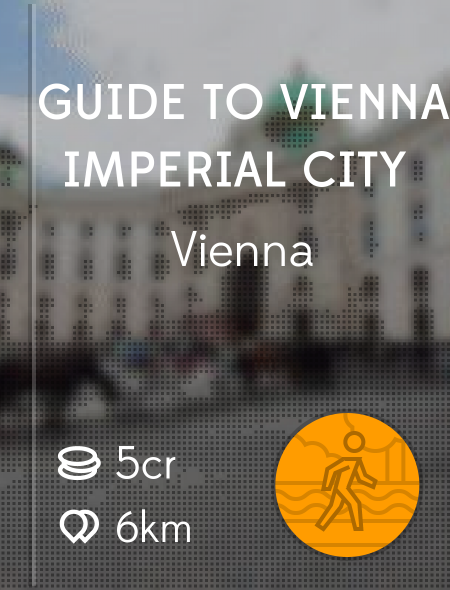 A 6 km walking audio tour guide in English in Vienna featuring 14 highlights.
This guide is 5 credits.

For hundreds of years, Vienna's location in the middle of Europe, at the cross roads of so many trading routes, has provided its wealth but also given it a cosmopolitan history and meant that it has attracted a wide variety of artists, musicians and thinkers.

From the creation of the croissant to the shocking artistic movement called the Seccession, Vienna might be the epitome of civilisation and elegant gentility - but still has the capacity to surprise.

This tour of Vienna's magnificent imperial buildings will take you about four to five hours depending on how many breaks for coffee and cream cake you take. As we take in the magnificent Baroque Karlskirche we'll tell you why it was built and tell you what to see there. Your guide to Vienna will then lead you on to the neighbouring Secession building, you'll hear about the Jugenstil movement and why it shocked contemporary Vienna including the Emperor Franz Josef.

On your way to the beautful Burgarten we'll tell you about the history of this city which lies at the cross roads of Europe and recount the witty but tragic comment that Sigmund Freud made to the Nazis as they arrested him.

As your guide to Vienna shows you the city's great art galleries such as the Albertina and churches, we'll point out the art school which rejected an applicant called Adolf Hitler.

This guide to Vienna will lead you through great squares such as the Michaelerplatz and quieter parts of the city including the Freyung. We'll help you get your bearings around the vast Hofburg Palace complex and tell you about the tragic Empress Sissy.

Most importantly, we'll point out the best of Vienna's coffee houses along the way - including Trotsky's favourite. 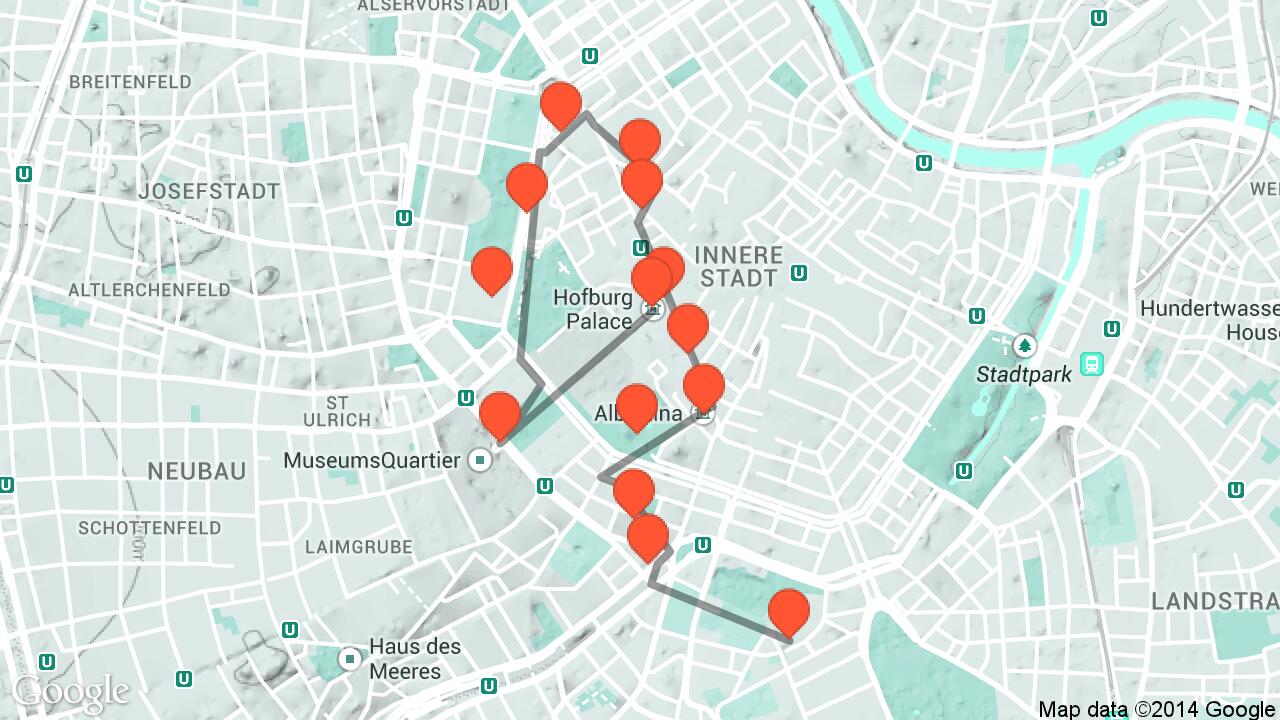 Get the Guide to Vienna Imperial City audio GUIDE now!