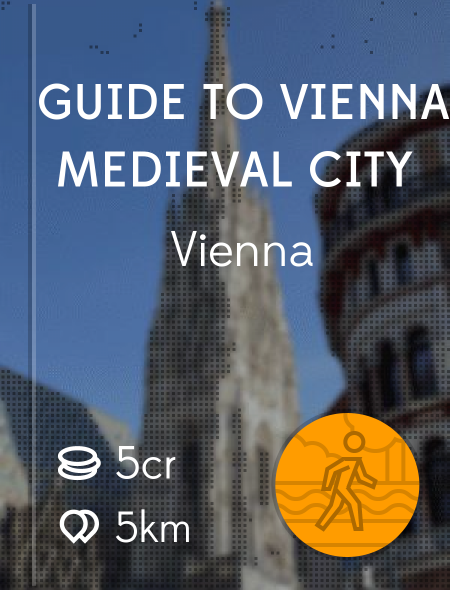 A 5 km walking audio tour guide in English in Vienna featuring 14 highlights.
This guide is 5 credits.

For hundreds of years, Vienna's location in the middle of Europe, at the cross roads of so many trading routes, has provided its wealth but also given it a cosmopolitan history and meant that it has attracted a wide variety of artists, musicians and thinkers.

From the creation of the croissant to the shocking artistic movement called the Seccession, Vienna might be the epitome of civilisation and elegant gentility - but still has the capacity to surprise.

Your guide to Vienna's oldest neighbourhoods takes about four to five hours depending on how many coffee and cream cake breaks you take. It starts at the bustling Kartnerstrasse by the celebrated Opera House and the Sacher Hotel, home of the even more celebrated Sachertorte chocolate cake. We'll then lead you past some of Vienna's most remarkable and beautiful churches such as the Franciscan church.

We'll show you Mozart's House where he wrote The Magic Flute and explain why it possibly cost him his life. You'll visit the grand cathedral, the Stephansdom, and learn the meaning of the mysterious '05' which is carved into its walls.

As we guide you through the picturesque winding streets of the old town through the Jewish Quarter your Vienna guide will tell the story of the tragic Mayerling affair and show you how to find the Roman ruins in Vienna's oldest square, the Hohermarkt.

We'll take you to the elegant Amhof and then to the haunting Judensplatz where you'll hear about the moving but controversial new monument to Vienna's Holocaust victims before we show you the world's most luxurious fire station. 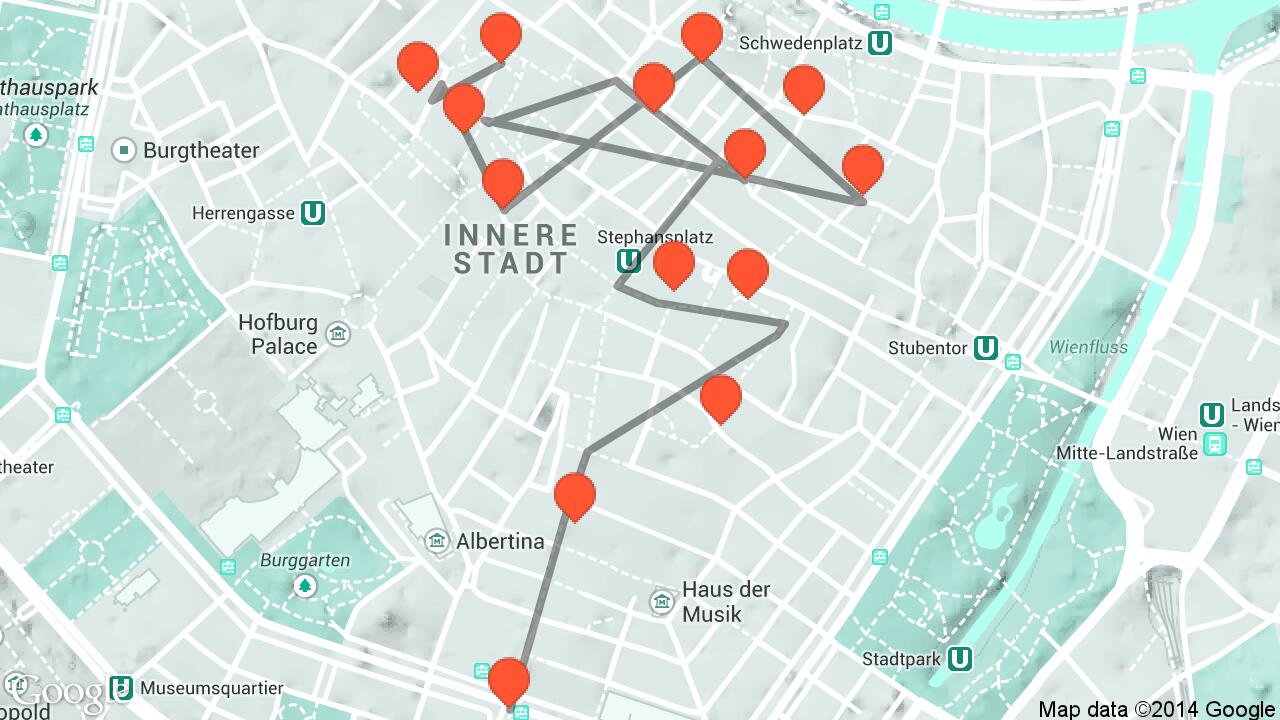 Get the Guide to Vienna Medieval City audio GUIDE now!