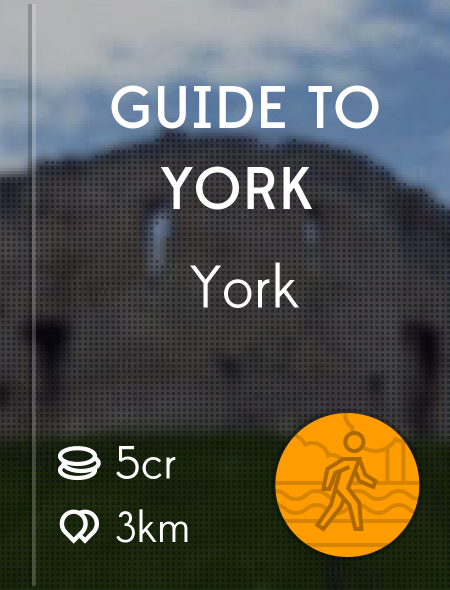 A 3 km walking audio tour guide in English in York featuring 12 highlights.
This guide is 5 credits.

The history of York is the history of England, said George VI and no other city in Britain, perhaps the world, has so much history so densely packed into a small, walkable area. Our guide to York will show you the historic buildings and monuments and tell you about what you're seeing.

Our guide to York which takes about three or four hours, depending on how many breaks you take, starts at the Castle Museum where you’ll hear about the dark history of Clifford’s Tower. In complete contrast, we’ll then guide you to the elegant Fairfax House, one of the finest Georgian mansions in England and we’ll talk about the amazing discovery made there earlier this year.

Next it’s off to the famous Jorvik Viking Centre where you can see, hear and even smell what ninth century York was like.

Your walking tour of York will guide you through the streets including the Shambles, where we’ll explain the gruesome origin of the name and the terrible fate of one of its residents, Margaret Clitherow.

After hearing about the great city walls and who would have entered which gate in medieval York, you’ll arrive at the magnificent Minster to learn about its history, its real name, and about the Roman nobleman who was crowned Emperor while he was staying just yards away from where you’re standing. 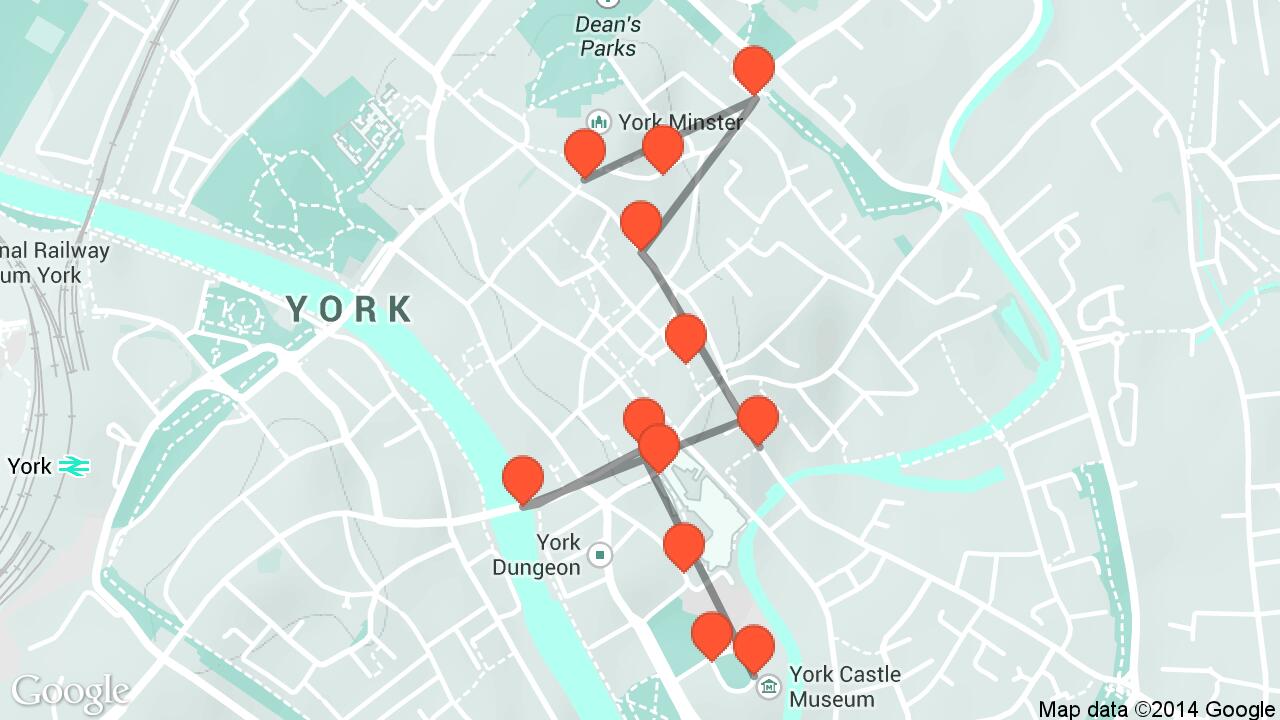 Get the Guide to York audio GUIDE now!