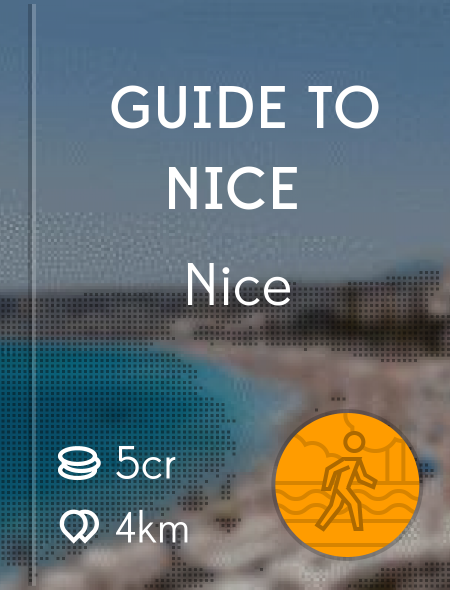 A 4 km walking audio tour guide in English in Nice featuring 15 highlights.
This guide is 5 credits.

The ancient Greeks who first settled here called it Nikaia after Nike, their goddess of victory. It was during the eighteenth century that the English started arriving in the area and the Reverend Lewis Way initiated the building of a seafront walkway, the Promenade des Anglais, in the 1820s.

Ever since, Nice has been synonymous with luxury holidays. Our guide to Nice gives you a tour of the old and new towns to complement your beach holiday while our unique, regularly updated pdf Printed Guide tells you where to eat, drink and shop.

Starting at the iconic Negresco, our guide to Nice which takes about four or five hours, depending on how many breaks you take, will tell you about the Englishman who established the Promenade des Anglais, and his compatriot who introduced the noonday gun as well as the tragic story of the Rumanian founder of the Negresco.

Hidden away amongst the cafés and displays of suntan lotion, we’ll show you the Croix de Marbre, the spot where a king, an emperor and a pope met in Nice to make peace – and promptly fell out again. The composer of great hymns such as Abide with Me is buried in the Anglican Church and, as our Nice audio guide willl point out, exactly where.

After the vast modern Place Masséna, we’ll help you explore the old town, Le Vieux Nice, with its beautiful flower market show you Matisse's house once lived – and we’ll tell you the grim story behind the religious order founded there.

On your audio guide to Nice we’ll talk about the historic cathedral – and point out the best ice cream in town. You’ll learn about one of the most intriguing but less well known museums the Palais Lascaris and hear about Garibaldi, the great Italian leader’s connection with Nice. 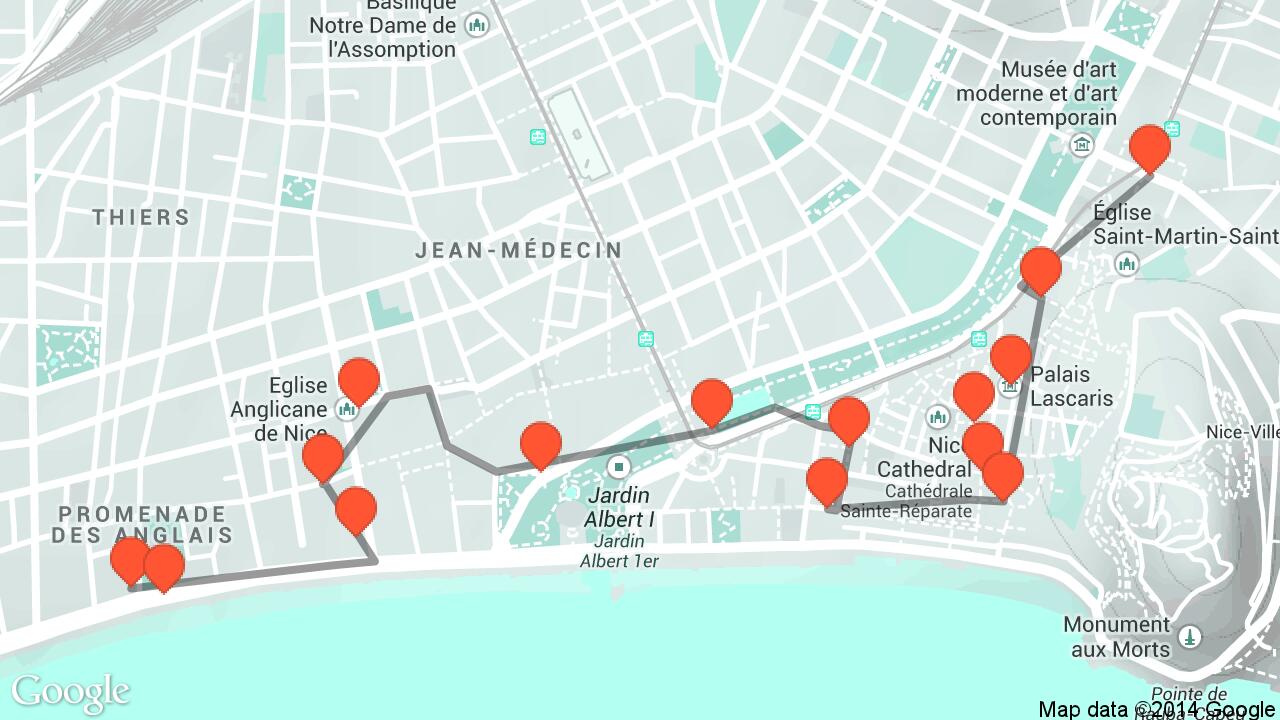 Get the Guide to Nice audio GUIDE now!