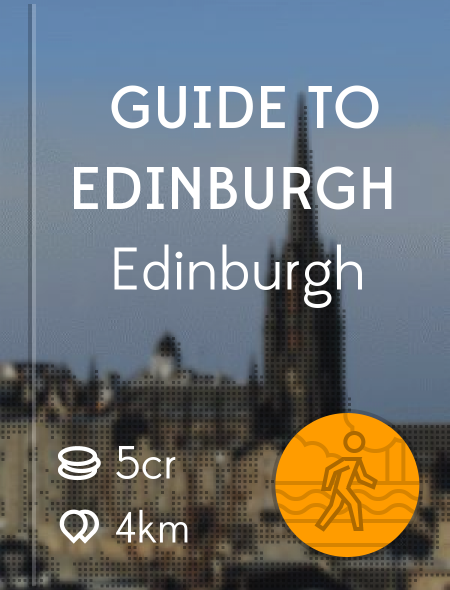 A 4 km walking audio tour guide in English in Edinburgh featuring 11 highlights.
This guide is 5 credits.

The home of scientists and lawyers, fiery religious radicals and great novelists - as well as the famous fringe festival, Edinburgh is a city bursting with character and history.

Our guide to Edinburgh will show you that history as you walk through the buildings and neighbourhoods that were shaped by it. We'll tell you which princes the famous street is named after and why it was not, as originally planned, named after the city's patron saint, St Giles.

We start our guide to Edinburgh at one of the city’s newest landmarks – the New Scottish Parliament. Then, over the next four or five hours, depending on how many breaks you take, you’ll hear about one of the city’s oldest sites - Holyroodhouse Palace. We'll explain how, in the twelfth century when King David was hunting he saw a stag with a cross or ‘rood’ between its horns, prompting him to establish an abbey on the site.

As you walk up the Royal Mile you’ll hear about the history of Edinburgh. We’ll show you John Knox’s house and explain what his First Blast Against the Monstrous Regiment of Women actually meant.

At the High Kirk we’ll explain how a French saint came to become patron saint of Edinburgh. We’ll tell you the moving story behind the Greyfriars Bobby before we move up to The Castle. You’ll hear about how the great canon, Mons Meg and the Honours of Scotland disappeared and were found again – in a very unlikely place.

Then we’ll move onto the Mound where you’ll be able to visit the National Gallery of Scotland and hear how Princes Street Gardens replaced the filthy Nor Loch and were part of a massive improvement in the look – and the smell – of Edinburgh.

We’ll show you what to look out for on the Scott Monument. Finally, it’s off to New Town, the great example of modern town planning.

Coverimage: View of the High Kirk of St Giles from the roof of the Museum of Scotland by David Jones (CC BY 2.0) 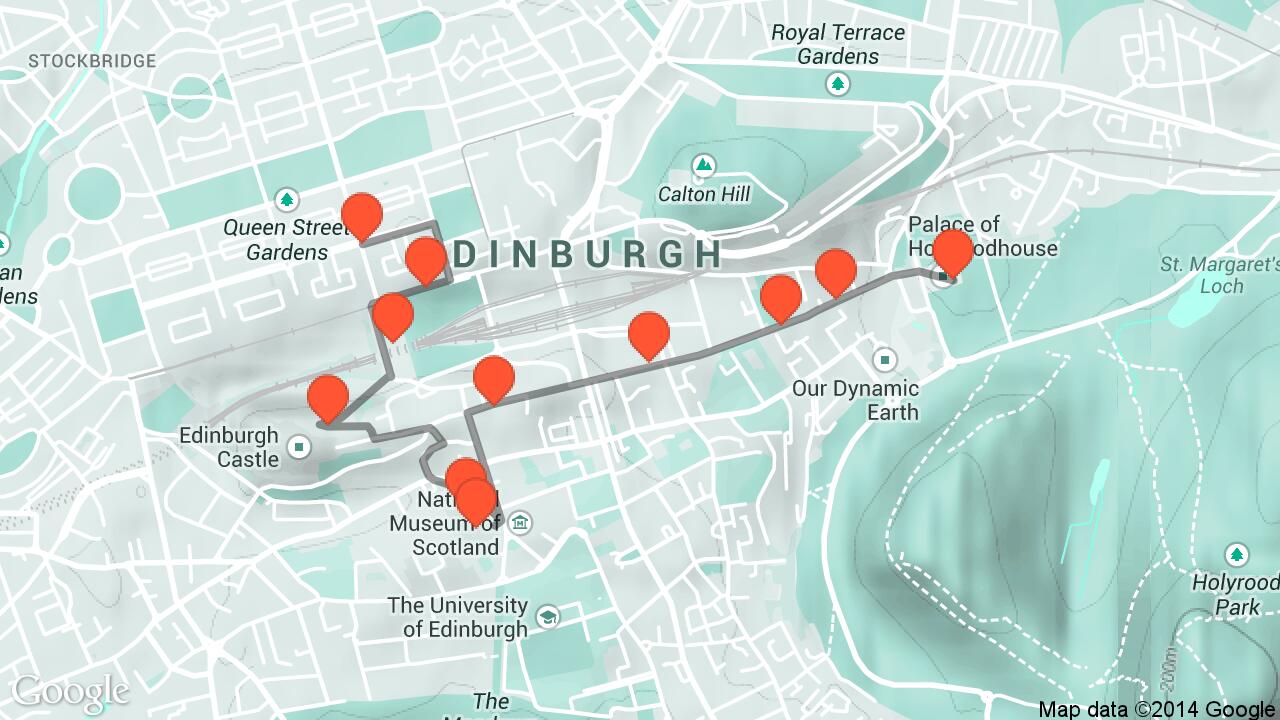 Get the Guide to Edinburgh audio GUIDE now!